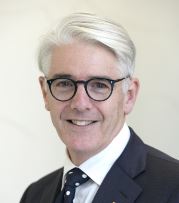 Richard graduated from Otago University Medical School in 1978 and completed general surgical training in Christchurch, gaining his Fellowship of the Royal Australasian College of Surgeons in 1986. From there he furthered his training in colorectal surgery with a Health Futures Foundation Fellowship at Creighton University, Omaha, Nebraska, USA. In 1989 he was awarded a United States National Institutes of Health Fogarty Fellowship to the Mayo Clinic in Rochester, Minnesota, USA where he gained further experience in colorectal surgery and in anorectal and pelvic floor disorders. Richard returned to New Zealand in 1990, just as video-laparoscopy was emerging. Early experience with laparoscopic surgery led to his pioneering laparoscopic colorectal surgery in New Zealand, performing his first laparoscopic bowel procedure in 1991, and first colonic resection in 1992. Since then he has performed more than a thousand laparoscopic operations for colorectal resection for bowel cancer, diverticular and inflammatory bowel disease, and endometriosis.

Mr Richard Perry is available at the following services: