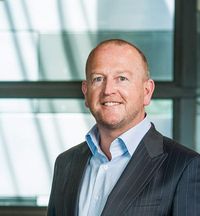 Simon is a consultant at Christchurch Women’s and Ashburton Hospitals, and has been a private specialist at Oxford Women’s Health since 2004. He also provides private clinics and surgery in Ashburton and Invercargill. He has published research on subjects including antenatal HIV infection and cervical screening and is currently involved in a project looking at the quality of life experienced by women before and after surgery for endometriosis.

Simon’s wife, Tonya, is a general practitioner in the Redcliffs area of Christchurch and they have three children; Zac, Nina and Arianne.

Simon specialises in laparoscopic gynaecology, particularly in the fields of endometriosis and pelvic pain. He has also developed a special interest in the management of urinary incontinence and prolapse, with recent emphasis in the newly developing field of mesh augmentation of repair surgery. He has an interest in colposcopy and has received further training in the fields of genitourinary and psychosexual medicine.

Simon qualified from Bristol University Medical School (UK) in 1992. After completing his house officer placements at Stoke Mandeville Hospital, he pursued a career in obstetrics and gynaecology, initially at Kings College Hospital, London, before accepting a registrar rotation in the Northeast of England. He moved to Christchurch in 2001 as a senior registrar in Gynae/Oncology, and then became New Zealand’s first fellow in laparoscopic gynaecology. Over the 2 years of the fellowship he completed over 1000 operations.

Mr Simon Jones is available at the following services:

Consultations held here once a week