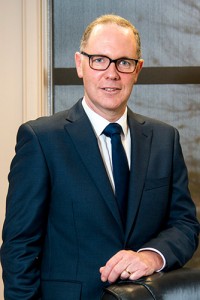 In 2004 he gave the prestigious Everett Idris Evans Memorial Lecture, as the first ever New Zealander to be invited to do so, at the American Burn Association conference attended by over 2000 colleagues from around the world. This honour is given each year to a non-American plastic surgeon who has made an outstanding contribution to burn care which is regarded as one of the most difficult and demanding areas of work for plastic surgeons.

Dr Mills has a continuing role as the senior reconstructive breast surgeon at Middlemore Hospital. He also continues to operate on a wide array of plastic surgical areas including skin cancer, hand surgery and general reconstruction. Stephen also participates in research, education and the training of future plastic surgeons.

His extensive training allows Dr Mills to operate on the full range of reconstructive surgeries and cosmetic surgeries.

After completing medical school (MBChB) and early surgical training in Auckland, Dr Mills continued on to train in Plastic Surgery and Reconstructive Surgery at Middlemore and Waikato Hospitals gaining his surgical fellowship (FRACS) in 1996.

Returning from overseas in 1999, Stephen became a consultant plastic surgeon at Middlemore Hospital where his work has been internationally acknowledged. He initially concentrated on breast reconstruction and burns. Dr Mills helped establish the National Burn Centre.

Stephen began in private practice in 2004.

Stephen is a member of:

Mr Stephen Mills is available at the following services:

Surgeons can be contacted at their private consultation rooms.