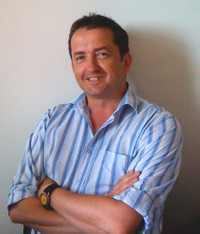 Stuart Caldwell is a consultant vascular and general surgeon who has been working at Middlemore Hospital since February 2006. He trained in the UK where he attended University of Birmingham Medical School from 1984 – 1989. Stuart then underwent surgical training throughout the West Midlands which has a population of 5½ million people with a representational cross section of the UK population.

Stuart passed the UK Intercollegiate exam in 2002 and received his Certificate of Completion of Specialist Training in September 2002 and was entered onto the General Medical Council Specialist Register. He worked as a Consultant Surgeon at University of North Staffordshire NHS Trust from 2002 to 2006. While there he worked in a department providing acute general surgical, elective and acute vascular surgical cover to a population of 500,000 in a unit employing 7,000 staff with over 1,300 beds. During his time there the vast majority of his elective practice was peripheral arterial surgery and renal access procedures with emergency practice evenly split between general and vascular work.

Stuart moved to New Zealand in 2006 and commenced as a Consultant General and Vascular Surgeon at Middlemore Hospital in February. He has vocational registration in general surgery and vascular surgery. Due to the acute workload commitments of the vascular service, his practice is predominantly elective and acute vascular surgery, with a smaller amount of elective general surgery.

Stuart remains a member of the Vascular Society of Great Britain and Ireland, the Surgical and Academic Research Society, the New Zealand Vascular Society and the European Society for Vascular and Endovascular Surgery.

Stuart moved with his wife and children to New Zealand for lifestyle reasons. Their four children have embraced New Zealand culture with vigour and enthusiasm and all hope to represent New Zealand in their various sporting activities in the future.

Stuart's areas of specialisation include: Vascular surgery, providing assessment, imaging, advice and treatment of conditions related to arterial and venous disease such as aneurysms, both open and endovascular options, strokes or TIAs secondary to carotid disease under local or general anaesthetic, claudication/peripheral vascular disease and varicose veins/ulcers.

Mr Stuart Caldwell is available at the following services: