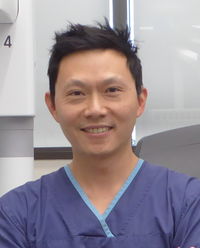 I obtained my medical degree from the University of Otago and completed my specialist training in general surgery in New Zealand. Following that I underwent several years of subspecialty post-fellowship training in surgery of the liver, pancreas, and biliary tract (HPB surgery), and stomach, oesophagus, spleen, and small intestine (upper gastrointestinal, UGI surgery). I spent one year at North Shore Hospital, Auckland, then headed overseas to the United States for a clinical research fellowship at Memorial Sloan Kettering Cancer Center in New York, where I experienced state-of-the-art multidisciplinary management of HPB cancers. I then spent 2 years in Australia on the Australian and New Zealand Hepatopancreatobiliary Association (ANZHPBA) post-fellowship program, including a year in Royal Prince Alfred Hospital, Sydney, with a focus on complex liver and pancreas resections and liver transplantation; and a year in Royal Brisbane Hospital, Brisbane, where I developed interest and skills in laparoscopic pancreatic and liver surgery. To further my interests in advanced laparoscopic surgery, I spent the final six months of my training at the renown Institut Mutualiste Montsouri, Paris, before returning to New Zealand.

I work in both the private and public sector, with an appointment as a general surgeon at North Shore Hospital, Auckland.

In addition to being a native English speaker, I am also fluent in Cantonese and proficient in Mandarin.

As a general surgeon, I have broad training and experience in surgery, focusing on the abdomen and the retroperitoneum. As a hepatopancreatobiliary and upper gastrointestinal surgeon, I specialize in conditions of the stomach, small intestine, pancreas, spleen, bile ducts, and liver. In addition to common benign conditions such as gallstones and reflux, much of HPB/UGI surgery are performed for cancers. Therefore I also consider myself a cancer surgeon, aiming to not only deliver quality surgery, but multidisciplinary cancer care.

My particular areas of expertise include laparoscopic gallbladder and hernia surgery, and open and laparoscopic resections of the pancreas and liver. I am also interested in robotic surgery, an emerging minimally invasive technique complementary to laparoscopy.

Mr Universe Leung is available at the following services: