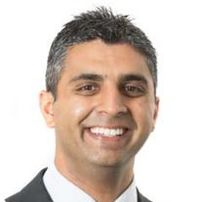 Mr Venu Bhamidi is an internationally trained Vascular & Endovascular Surgeon and a Fellow of the Royal Australasian College of Surgeons. Venu completed his basic medical training in Queensland, Australia before relocating to be with his family in Perth where he started his surgical training. He commenced sub-specialty training in vascular surgery in Perth following which he spent several years doing advanced training in Auckland, Melbourne & Toronto, Canada. He returned to Auckland in 2014 to commence practice as a Vascular & Endovascular Surgeon in Auckland.

As with most surgical specialties there is now a trend towards minimally invasive surgery to treat arterial disease and varicose veins. As a vascular specialist, Venu’s practice involves all aspects of vascular surgery including open and minimally invasive (endovascular) therapies for carotid, aortic, upper and lower limb vascular disease as well as endovenous (laser and radiofrequency ablation) varicose veins treatment. He has a sub-specialty interest in diabetic peripheral arterial and foot disease/wounds and is the Clinical Lead of the ADHB Multi-Disciplinary Diabetic Foot Clinic, which he runs along with his endocrinology, podiatry and nursing colleagues. He is currently involved in setting up similar clinics in Waitamata and Northland DHBs. Following on from the success of this clinic, Venu is the clinical lead for the Mercy Ascot Vascular Wound Clinic, which provides multi-disciplinary care for all vascular lower limb wounds.

He has published in numerous journals internationally, written book chapters and has a strong academic interest. He is the current assistant specialty editor (Vascular Surgery) for the ANZ Journal of Surgery. He was appointed as a Senior Lecturer (Hon) at the University of Auckland in 2014.

His main private consulting suites are located at Ascot Hospital, with satellite clinics in Warkworth and Silverdale and the North Shore. He has operating rights at Mercy Angiography, Mercy Hospital and Ascot Hospital.

Mr Venu Bhamidi is available at the following services: