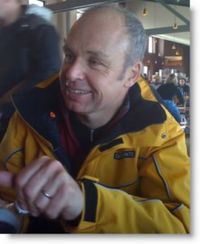 Frank is the Head of Department for the Department of Surgery, University of Otago, Christchurch. He is also Professor of Colorectal Surgery at Christchurch Hospital and Editor in Chief of the New Zealand Medical Journal.

He trained in general surgery in New Zealand before undertaking post fellowship training in colorectal surgery at the Mayo Clinic, and Scotland.

He returned to New Zealand in 1996 as senior lecturer in surgery at the University of Otago, Christchurch, before being appointed Professor of Colorectal Surgery in 2000, and became Head of the Academic Department of Surgery in January 2006.

He has been Editor in Chief of the New Zealand Medical Journal since 2002.

Frank has published over 400 publications in peer reviewed journals and given more than 250 presentations at national and international meetings.

Prof Frank Frizelle is available at the following services: