Obstetrics and Gynaecology services at Southland Hospital provide outpatient and inpatient care to the local population.
This service provides elective and 24 hour acute care.
Main areas of care are:
What is Obstetrics?
Obstetrics is the area of medicine concerned with the treatment of women during pregnancy (antenatal), labour and delivery, and the time after childbirth (postnatal). Once pregnancy has been confirmed, regular antenatal checks should be performed by a midwife, GP or obstetrician (doctor who is specialised in obstetrics). In the first 28 weeks, these checks will be done every month but will increase as the pregnancy progresses.
What is Gynaecology?
Gynaecology is the area of medicine that deals with health issues and conditions that are specific to women. This generally includes the female reproductive organs and genitalia. The reproductive organs consist of the ovaries that release an egg every month, the fallopian tubes that lead from the ovaries, the uterus (womb), which is where a baby will grow if the egg is fertilised during sexual intercourse, the cervix (opening of the uterus) and the vagina.

Referral for this service is through your GP. 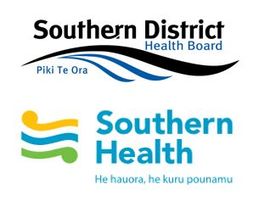 This page was last updated at 2:01PM on August 27, 2021. This information is reviewed and edited by Southern DHB Obstetrics & Gynaecology - Southland.