The tobacco leaf contains nicotine. Nicotine is found in all plants of the "nightshade" family - tomatoes, chillies, eggplant, peppers, potatoes and berries - as well as tobacco. It's presence protects the plant from insects.

Unfortunately when rapidly taken into the human body by inhalation it becomes an addictive drug. It replaces a normal chemical in the brain and takes over its functions and magnifies them. So when the smoke from a burning tobacco leaf is inhaled there comes a point where the initial coughing and nausea is supplanted by a feeling of calmness and slight euphoria. This sense of "enjoyment" is what keeps a person wanting to smoke in spite of the harm that results from the other toxic chemicals in the smoke. Stopping smoking is all about trying to move a person away from tobacco smoke inhalation.

Because nicotine is rapidly removed from the body when it passes through the liver and kidneys its lack causes the person to crave for more. At first the craving is mild but after a few hours it grows in strength and eventually becomes so persistent that the person is driven to smoke again.

These cravings to smoke are part of a group of feelings - like irritability, headache, difficulty concentrating, and general discomfort - that are known as nicotine withdrawal symptoms. Hospital staff and management recognise this situation and so will be asking you to use nicotine patches and lozenges or gum whilst in hospital to prevent the nicotine withdrawal symptoms in the same way as someone in pain will be asked to take painkillers to keep comfortable. They are not forcing you in any way to quit smoking but would obviously prefer that you did not smoke as doing so will make your health worse i.e. preventing good wound healing, preventing quick recovery from an infection, making chest pains worse, preventing re-inflation of a collapsed lung and so on. 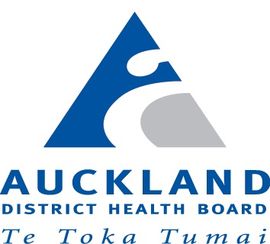