Tobacco smoking is a major public health problem and is the leading cause of preventable death and disease in New Zealand. It results in almost 5,000 deaths every year, killing two thirds of those who smoke.

Smokefree South is supportive of the Smokefree 2025 goal.  Information on the 2025 goal can be found here.

The goal is driven by a vision that families, whānau are entitled:

Smokefree South aims to reduce the impact and incidence of tobacco related harm by:

Smokefree South are members of the following three coalitions who promote smokefree people and places across Otago and Southland:

The purposes of the Smoke-free Environments Act 1990 (the Act) are to:

Role of the Smoke-free Enforcement Officers

Designated staff at Public Health South work on behalf of the Ministry of Health to ensure the legislation is followed.  Smoke-free Enforcement Officers visit tobacco retailers, workplaces and licensed premises to remind them of their legal responsibilities and support them to be compliant under the Act.  They are available for any enquiries regarding the laws around smokefree laws.

If you are concerned about any of the following, please get in touch with us:

Please phone Public Health South or fill out an online form if you want to speak to a Smoke-free Enforcement Officer.

The Southern District Health Board Pēpi-Pod Programme aims to reduce the rates of Sudden Unexpected Death in Infancy and encourage the spread of safe sleep messages.

The Pēpi-Pod is a portable sleep space for babies who are most at risk of Sudden Unexpected Death in Infancy and provides protection from accidental suffocation in places such as adult beds, couches and other places where your baby may be sleeping.

The 4 key messages this programme aims to spread are:

Criteria to receive a Southern District Health Board funded Pēpi-Pod is attached as a document below. Referral for a Pēpi-Pod can be made by filling in the referral form below and sending it through to 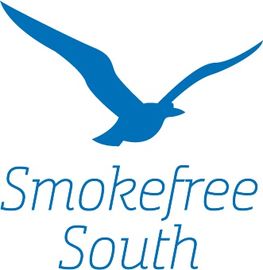 This page was last updated at 12:10PM on March 8, 2021. This information is reviewed and edited by Southern DHB Smokefree South.