Literacy Aotearoa - Tamaki is partly funded by the Tertiary Education Commission. The balance of its funding is provided by key business sponsorship, donations, and grants. Literacy Aotearoa is a major provider of Literacy & Numeracy Education nationwide with 82 sites accross Aotearoa. Since 1975 it has educated over 300,000 people improving reading, writing, maths, workplace literacy, employment, and business skills.

The Glen Innes site was originally Adult Literacy Tamaki Auckland (ALTA) Inc until it became part of the national amalgamation to its member organisation Literacy Aotearoa. The Glen Innes site started out as a volunteer group in central Auckland in 1974. In 1975 Auckland University professor, Marie Clay, received a grant from the Logan Campbell Trust to start an adult literacy programme in Auckland. This enabled the new group to establish tutor training as an integral part of its operation. The organisation grew rapidly, becoming an incorporated society in 1984.

In response to increasing demand for classes from people in the Glen Innes area, a satellite group was started at the Glen Innes Community Centre in 1997. Two years later the group had outgrown the space available at the community centre, and linked up with Glen Innes Senior Citizens in Maybury Street. Due to the decreasing size of the Senior Citizens group and rapidly rising operational and building costs, ALTA eventually took over the premises at Maybury Street.

In 2001 ALTA became an incorporated society. From here three other Literacy Centres in Auckland were born in Franklin, Papatoetoe, and Waiheke Island.

Literacy Aotearoa have over 300 certified Literacy, Workplace, and Business Coaches who provide a broad range of foundation one to one and group-based learning programmes across New Zealand. Some of the more recent Workplace Literacy Numeracy and Health & Safety Programmes in Auckland have been provided to The Warehouse, Fulton Hogan Ltd, Kiwirail, Mainfreight, AB Equipment, NZ Post and 100s of smaller sized companies.

, Walk in, Make an appointment, Referral 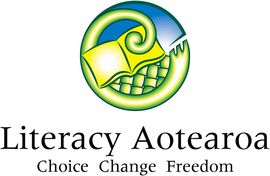 This page was last updated at 9:41AM on June 11, 2019. This information is reviewed and edited by Literacy Aotearoa - Tamaki.