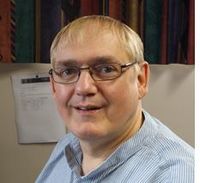 Dr David Whittet has been a GP at the North End Health Centre since 2012. He has a special interest in rural practice and has worked in remote communities in Te Karaka and Kurow over the past 20 years.

David served as Deputy President of the Royal New Zealand College of General Practitioners (RNZCGP) from 2005 to 2009 and he represents New Zealand on the World Organisation of Family Doctors International Working Party on Rural Practice.

Outside medicine David is the father to two teenage children. He is a successful independent film maker and his films have been shown at international film festivals worldwide.

David is a distinguished fellow of the Royal New Zealand College of GPs.

Dr David Whittet is available at the following service: