Mr Jacques Marnewick is a New Zealand-trained general surgeon in private practice in Tauranga. He is also a consultant surgeon in the Department of General Surgery at Tauranga Hospital and the Trauma Medical Director for the Bay of Plenty.
The emphasis in his practice is on quality and care. He recognises that the surgical process is often a daunting journey and considers it a privilege and professional duty to support his patients throughout that journey.

What is General Surgery?
The role of the general surgeon varies, but in broad terms general surgery can be said to deal with a wide range of conditions within the abdomen, breast, neck, skin and, sometimes, vascular (blood vessel) system.
While the name would suggest that the focus of general surgery is to perform operations, often this is not the case. Many patients are referred to surgeons with conditions that do not need surgical procedures, but merely require counselling or medical treatment.
What is Laparoscopic Surgery?
Laparoscopic (or keyhole) surgical procedures are performed through several small cuts (incisions) usually only 5-10mm long, rather than through one large incision.

A long, narrow surgical telescope (laparoscope) that has a tiny camera and light source attached, is inserted through one of the incisions so that the surgeon can view the inside of the body on a TV monitor.

The surgeon then passes specially designed surgical instruments through the other incisions and carries out the procedure using the TV monitor to guide the instruments.

When you come to your appointment, your surgeon will ask questions about your illness and examine you to try to determine or confirm the diagnosis. This process may also require a number of tests (e.g. blood tests, x-rays, scans etc). Sometimes this can all be done during one visit, but for some conditions this will take several follow-up appointments. Occasionally some tests are arranged even before your appointment to try to speed up the process.
Once a diagnosis has been made, your surgeon will discuss treatment with you. In some instances this will mean surgery, while other cases can be managed with medication and advice. If surgery is advised, the steps involved in the surgical process and the likely outcome are usually discussed with you at this time.
Read more about your consultation with Mr Marnewick here and, if surgery is required, find out what would be involved here

Jacques is a Southern Cross Affiliated Provider under the General Surgery (gallbladder, hernia) and Skin categories.

On site parking is available. 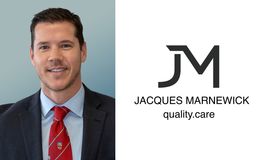 This page was last updated at 3:35PM on June 17, 2020. This information is reviewed and edited by Jacques Marnewick – General, Laparoscopic & Thyroid Surgeon.