Universe is a general surgeon operating on Auckland's North Shore, with appointments at Waitemata DHB in public and in private at three locations: Harbour Surgery Centre at Southern Cross North Harbour, The Doctors New Lynn, and Greenlane Medical Specialists. Virtual appointments via Zoom or phone also available.
At the Harbour Surgery Centre at Wairau, Universe works with a team of two other experienced general and upper gastrointestinal surgeons. Urgent appointments within 24hrs can be offered at this location.
Universe speaks English, Cantonese and Mandarin Chinese. Chinese speaking receptionists are available at the New Lynn and Greenlane Medical Specialists locations.
What is General Surgery?
The role of the general surgeon varies, but in broad terms general surgery can be said to deal with a wide range of conditions within the abdomen, breast, neck, skin and, often, the vascular (blood vessel) system.
While the name would suggest that the focus of general surgery is to perform operations, often this is not the case. Many patients are referred to surgeons with conditions that do not need surgical procedures, but merely require counselling or medical treatment.
Universe is a subspecialty trained hepatopancreatobiliary (HPB) and upper gastrointestinal (UGI) surgeon. He specialises in benign and malignant diseases including gallstones, acid reflux, and cancers of the liver, pancreas, and bile duct. He also has an interest and higher training in advanced laparoscopy. 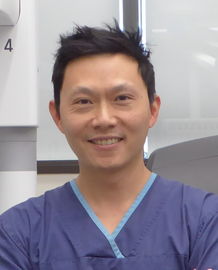 This page was last updated at 12:31PM on October 26, 2021. This information is reviewed and edited by Universe Leung - General Surgeon.