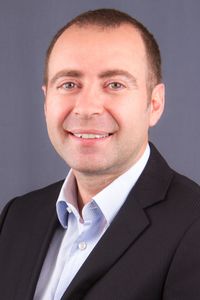 Dr Giuseppe ‘Peppe’ Sasso is currently the Clinical Director of the Radiation Oncology Department at the Northern Regional Cancer and Blood Services, Auckland City Hospital and Auckland District Health Board (ADHB), having moved to New Zealand, from Italy with his family in 2010.

He attended medical school and trained as specialist in radiation oncology, both with first class honours, at the School of Medicine and Surgery of the Second University of Naples, Italy; which is renowned as one of the world's oldest medical faculties (est. 1224 AD).

Over the last 15 years he has worked as specialist in Milan (Italy), Poole (UK) and Townsville (Australia); and as chairman of department in the United Arab Emirates (Tawam Hospital in affiliation with Johns Hopkins Medicine) and in France (Forcilles, Paris region) where he was also the hospital's Chief Medical Officer.

Peppe, who is the author of 30 original manuscripts, has a research interest in modern technology for radiation oncology and minimally invasive techniques of radiotherapy including adaptive, stereotactic (SRT/SBRT) and intra-operative radiotherapy. He is also an expert in the use of advanced imaging such as PET and MR in oncology.

Dr Sasso’s current clinical activity focuses on prostate, breast and head and neck cancers. He also has a special interest in the use of ablative radiotherapy for early metastatic cancers.

Dr Giuseppe Sasso is available at the following services: